Osteoarthritis remains the most common joint disease in the world. It is characterized by chronic pain, joint stiffness, structural damage and bone remodeling through the progressive loss of cartilage. What most people do not know is that cartilage loss and osteoarthritis is the long-term result of joint instability from unresolved ligament trauma. This leads to destructive joint motions every time the joint moves which, over time, causes the wearing down of cartilage and other joint damage. Since 1993, Caring Medical has been a leader in regenerative treatments for arthritic pain relief that helps patients avoid joint replacement surgery, as well as helps patients who already underwent a surgery that did not result in pain relief. Degenerative conditions need Regenerative medicine! This is why our Comprehensive Prolotherapy technique (including traditional dextrose, Platelet Rich Plasma, and Stem Cell Therapy) have helped thousands of patients restore joint and cartilage integrity. Our specialists treat osteoarthritis of all joints, including knees, shoulders, hips, fingers, toes, ankles, and wrists, as well as the spine. Navigate through the sections below for lots of arthritis pain information or get help from our medical staff now.

Following a trauma, ligaments become sprained and relaxed. If left untreated, chronic joint instability and destructive joint motion occur with continued use of the joint, ultimately leading to extensive degenerative changes and osteoarthritis. Destructive joint motion and the degenerative process can be prevented with appropriate intervention through Prolotherapy, including traditional dextrose Prolotherapy, Platelet Rich Plasma, and Stem Cell Therapy. These regenerative treatments can be used for arthritic joints as well, but utilizing these options earlier can potentially save a lot of lost time and lifestyle adjustments due to pain. 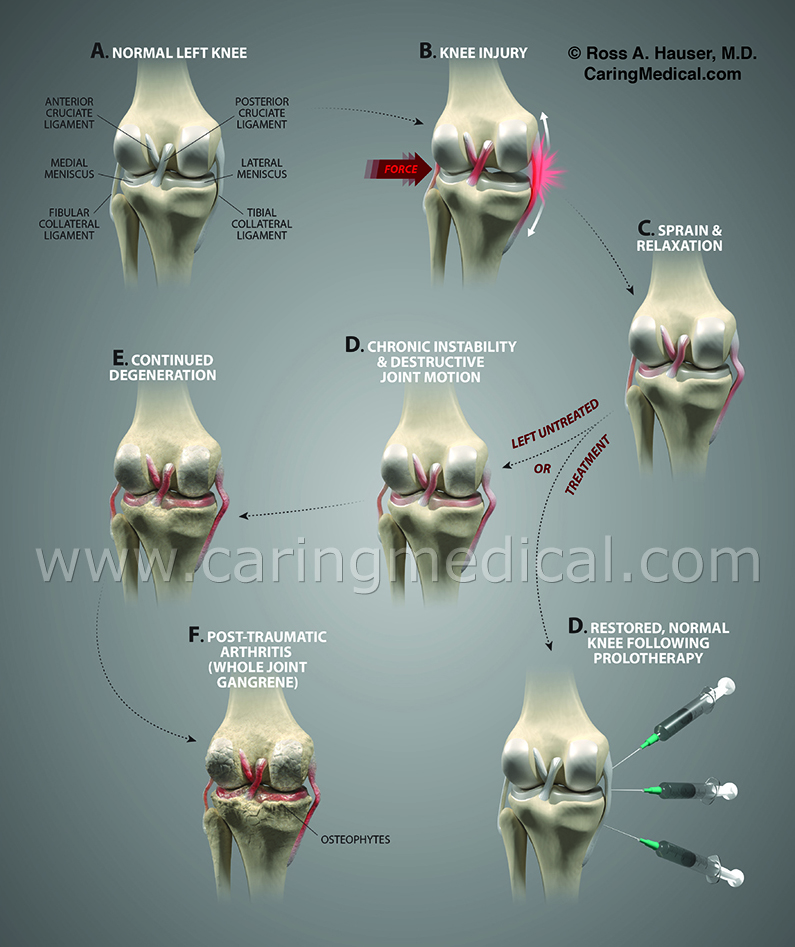 New view of Pathophysiology of Osteoarthritis

Osteoarthritis, or degeneration of a joint or spine, starts with ligament injury; thus, treatment should start with Prolotherapy. Plain and simple. This view of osteoarthritis is the correct view and someday hopefully will be accepted by modern medicine and then the treatment of choice for chronic pain from degeneration would be regenerative injection therapy (Prolotherapy).

Decreased tension on the bone at ligament-bone insertion site

Newer treatments for osteoarthritis focus on regenerative injection technique (Prolotherapy) to stimulate repair and healh of ligaments, ligament-bone interface which is where the primary source of pain is located. Cartilage repair is also initiated. Emphasis is on increasing anabolic processes by stimulating repair. 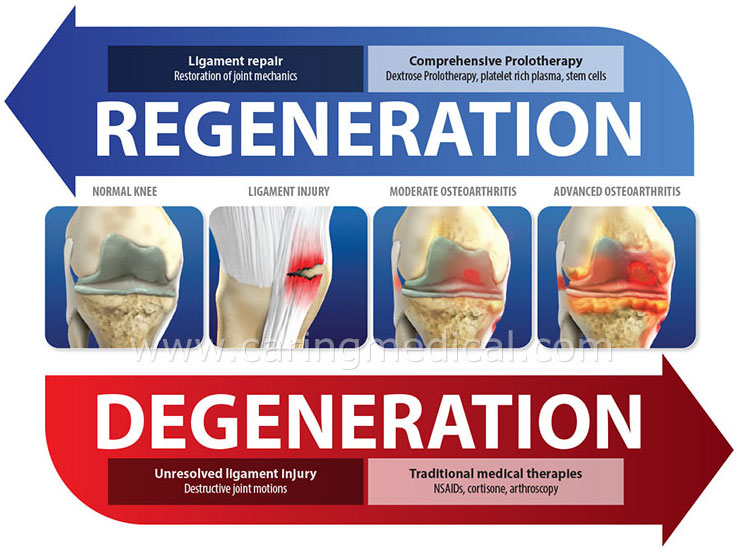 Acute soft tissue injury, if treated improperly, may begin the cascade resulting in arthritis. Icing a joint and taking nonsteroidal anti-inflammatory medicines after an acute soft tissue injury, in an attempt to decrease the swelling, inhibits the natural inflammatory mechanisms. It is important not to interfere with the body’s normal healing mechanism—inflammation—when a soft tissue structure such as a ligament or tendon is injured. However, many people are quick to open a bottle of ibuprofen and go about their activity levels. Most people who do this have no idea that NSAIDs drastically reduce the body’s ability to repair and hastens the development of osteoarthritis. Completely blocking the pain with medication is dangerous because the brain does not recognize that a part of the body is injured. For example, dancing the night away on an injured ankle that feels no pain may cause further damage. Once the ligaments have been damaged and overstretched, they allow for destructive joint motions, and often causes a vicious cycle for people in pain. 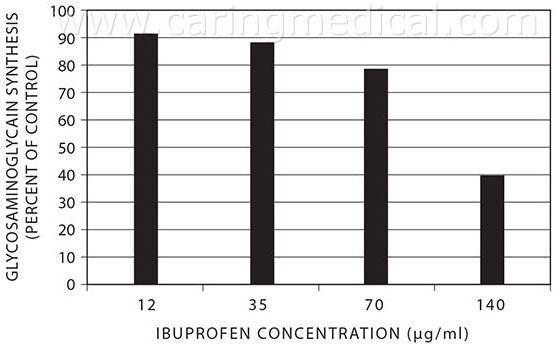 The pathogenesis of osteoarthritis accelerated by NSAIDs. NSAID use inhibits the bodies repair processes, leading to decreased proteoglycan and extracellular matrix content and function, which ultimately leads to articular cartilage breakdown.

Treatments that complement the inflammatory process will enhance the healing process.

Treatment that increases blood flow causes an increase in the flow of immune cells to the injured tissue, which triggers the repair process. Movement, exercise, heat, massage, ultrasound, acupuncture, and physical therapy all improve blood flow and have a positive effect on healing. However, when these more conservative treatments do not resolve the issue within a few weeks, it is time to consider Prolotherapy to stimulate direct repair of the ligaments. This is why Comprehensive Prolotherapy is so effective for injuries that lead to osteoarthritis. For patients who have already been diagnosed with osteoarthritis, understand that this is a progressive degenerative disorder. It only gets worse over time and will get worse faster by utilizing treatments such as NSAIDs and cortisone injections. Prolotherapy is the opposite. The sooner that Prolotherapy is sought, the better the chance of repairing the integrity of the joint, relieving pain, and avoiding future joint replacement.

Research on the use of Prolotherapy for Arthritis Pain

Prolotherapy regeneration of hip cartilage. Prolotherapy can bring a significant amount of pain relief and healing in severely degenerated joints. Note the increase in joint space after Prolotherapy. 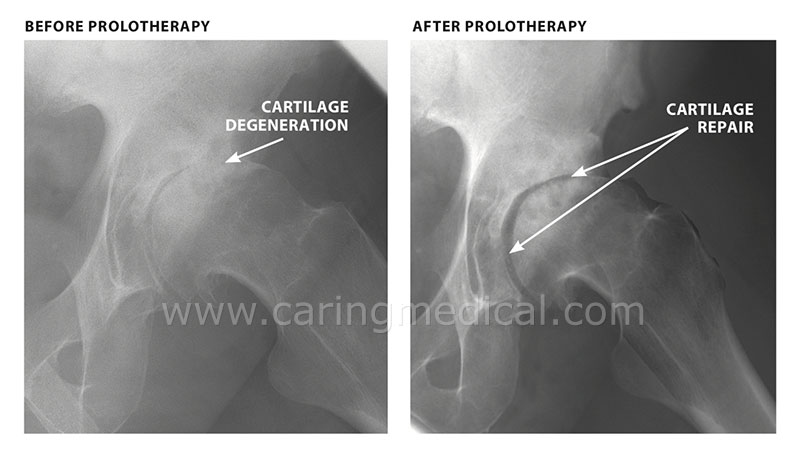 Standard weight-bearing knee x-rays before and after Prolotherapy. The widening of the medial joint space width indicates that cartilage regeneration has taken place.

Standard weight-bearing bilateral knee x-rays before and after Prolotherapy. The widening of the medial joint space in both knees indicates that cartilage regeneration has taken place.

Our Research on Pain Management Treatments that actually Accelerate Arthritis

Nonsteroidal anti-inflammatory drugs (NSAIDs) are among the most commonly used drugs in the world for the treatment of osteoarthritis (OA) symptoms, and are taken by 20-30% of elderly people in developed countries. Because of the potential for significant side effects of these medications on the liver, stomach, gastrointestinal tract and heart, including death, treatment guidelines advise against their long term use to treat OA. One of the best documented but lesser known long-term side effects of NSAIDs is their negative impact on articular cartilage. The complete study can be read here: Hauser R. The Acceleration of Articular Cartilage Degeneration in Osteoarthritis by Nonsteroidal Anti-inflammatory Drugs. Journal of Prolotherapy. 2010;(2)1:305-322.

The hallmark feature of osteoarthritis is the breakdown in the articular cartilage of joints such as the knee and hip. Both animal and human research has consistently shown that corticosteroid injections into normal and degenerated knees accelerate the arthritic process. The complete study can be read here: Hauser R. The Deterioration of Articular Cartilage in Osteoarthritis by Corticosteroid Injections. Journal of Prolotherapy. 2009;(1)2:107-123.


Our other studies on regenerative treatment outcomes for arthritis pain

BB suffered such severe knee pain that he went on disability at age 59, diagnosed with “bone on bone” osteoarthritis. He was prescribed NSAIDs, given corticosteroid injections, and eventually received an arthroscopic meniscectomy with removal of cartilage. Viscosupplementation injections were also tried, but these also failed to bring about sustained pain relief. His orthopedist recommended a knee replacement. Instead, BB received 3 dextrose Prolotherapy treatments and saw almost immediate pain relief and overall long-term functional improvement.

Joints degenerate because of joint instability. Allopathic solutions such as NSAIDs, cortisone, arthroscopy and meniscectomy cause further degeneration. On the other hand, Prolotherapy repairs ligament laxity, stabilizing the joint and relieving chronic pain.

In the February 2009 issue of the Journal of Prolotherapy, one of our athlete patients, Alek, shared his story of bilateral knee arthritis treated with Prolotherapy.

Alek has been a bodybuilder since 1962. During the nineties his knee pain became unbearable, for which he took the usual course of anti-inflammatories and had seen his fair share of orthopedists who recommended surgery. After three knee surgeries, his knees were in worse shape than before surgery, and he was suffering from unrelenting pain. Like most people in chronic pain, his sleep was constantly interrupted and depression set in. His personality changed, keeping friends and family at a distance because of his behavior and attitude. He struggled in thiscondition for six years before learning about Prolotherapy while researching an alternative to knee replacement surgery. He was told by a prominent surgeon in Chicago that given his activity level and if he wanted to continue weight lifting, the replacements would last about ten years and that each subsequent replacement would become less successful than the previous. At only 56 years-old, and after already being through three unsuccessful surgeries, Alek was hesitant to jump to knee replacement surgery. But something had to be done. His knees were in constant pain and his MRI backed up the fact that his knees were a mechanical nightmare. He opted for Prolotherapy.

At the time of his first appointment, he reported being in pain 100% of the time and could only walk one city block. As a bodybuilder, it was unbelievable that his maximum leg extension weight was five pounds. Due to his severe case, we knew he would likely need about a year or two of care. We treated him every four to six weeks for about 7 months and he reported 75% improvement and was able to do 105 pound leg lifts. With every visit, Alek continued to experience more motion, increased strength and less pain. Eight months later he reported minimal pain and maximum function.

His x-rays showed the cartilage improvement as well. So, what did Alek’s surgeon think of the results of Prolotherapy? Unfortunately, he was not receptive. The good news is that Alek got his life back!

As with Alek’s severe knee OA, we have successfully treated many patients not only with knee OA, but also with hip, back, neck, shoulder, wrist, hand, thumb, and toe OA—pretty much any joint in the body!


How well do you understand the cause of your arthritis pain?

Take the Joint Instability Quiz! This quiz covers how musculoskeletal pain develops and which important diagnosis is often missing when people are suffering from chronic pain.

Articles about Prolotherapy for Arthritis Pain

Videos about Prolotherapy for Arthritis Pain 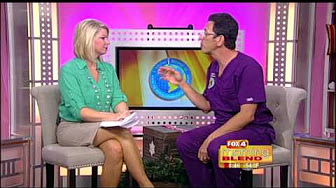 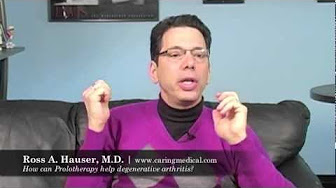 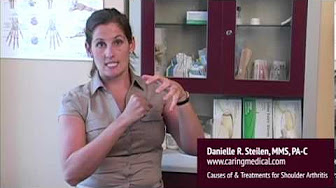 Causes of and Treatment for Shoulder Arthritis 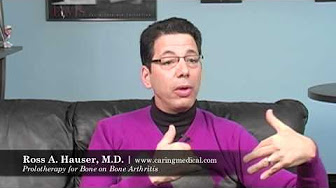 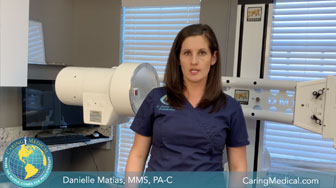 What type of Prolotherapy, PRP, or stem cell solution do I need?

You deserve the best possible results from your arthritis treatment. Let’s make this happen! Talk to our team about your case to find out if you are a good candidate.

When should I involve a Prolotherapist in my care?

Are you a chronic pain expert? Take the Quiz!